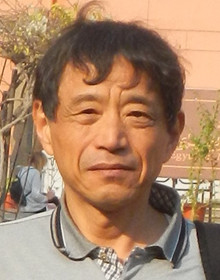 Dr Asaeda has received numerous awards from international organisations and also plays an active role in international and domestic society and committees, including serving as chairperson of committees of the Japanese Ministry of Land, Infrastructure, Transport and Tourism, and as chairperson of Prefectural Committees of Saitama, and of the Japanese Society of Civil Engineers among others. His interests broadly cover ecology, hydrology, and fluid mechanics in the environment, including physical processes of watered areas, structures associated with urban heat islands, and field observation and mathematical modelling of aquatic ecology and biology. He has published more than 200 journal papers.

His immediate goals for the journal are to widen its topics to some degree, notably in the inter-disciplinary field of climate change, with a special focus on nutrient inflows and on interactions with ecological and biological researchers. Also, he envisions the inclusion of management papers that will be of use to policymakers and governments. The IAHR technical committee on Ecohydraulics supports this broadening of topics and the further development of the journal in general. 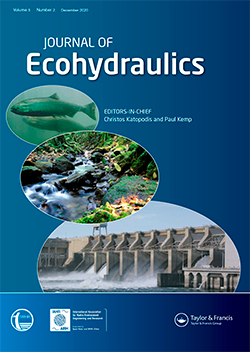 The Journal of Ecohydraulics was launched in 2016 and has grown strongly under the joint editorship of Dr Christos Katopodis of Katopodis Ecohydraulics, Canada and Dr Paul S. Kemp of the University of Southampton, UK. Since its launch, the journal has published 54 articles (with an average acceptance rate of ∼50%) and nine editorials, has experienced an increasing number of article downloads, and has a rising Mock Impact Factor of 1,500. The next steps in the journal’s development include application to the ESCI (Emerging Sources Citation Index) and duly attaining formal measures of journal quality.

IAHR would like to thank Drs Christos Katopodis and Paul Kemp for their knowledge, energy, and enthusiasm, all key factors needed in launching and growing IAHR’s Journal of Ecohydraulics. They will continue to support and guide the journal by serving as members of its Board of Advisory Editors.